How to write literary essay

What are literary essays for you? Great Expectations of your tutor? The Jungle Book and The Secret Garden of controversial instructions? Neverending Story or Treasure Island? These tips should make the process of writing literary essay A Moveable Feast rather than Heart of Darkness!

Literary essay: reading between the lines

Literary essays are something radically different from the other types of essays described here.

Firstly, they are based on reading literary works.

Secondly, they are based on reading between the lines. That is, you have to find a controversy or a mystery, something that needs explanation in your chosen literary work.

How to do this? Use your experience! Just give your chosen text a fresh look – and you’ll see such points of interest quite easily. They include uncommon use of literary genres and devices, unexpected turns of the plot or actions of the characters, and peculiarities in language.

You need to have some background knowledge to create a quality literary essay. There are basically two types of this knowledge, and those who are really addicted to literature can develop them for their entire lives:

Notably, the very term (‘an essay’) means ‘an attempt’, ‘a take’ and leaves no place for an all-knowing storyteller with plain scientific interpretation of facts. In a literary essay, your viewpoint is only one among many other possible points of view.

How else is literary essay different from other types of work

Unlike a review, literary essay isn’t evaluative. It doesn’t assess the quality or atmosphere of a literary work. At the same time, it doesn’t simply re-tell the plot (that would be reading along the lines rather than between the lines – and what we need to do is read between the lines).

Unlike other classic essays, literary essays are long and may encompass several subjects and opinions (though in the cases when you have several subjects, it’s necessary to make the ends meet in your conclusion). At the same time, they are not research papers, since you can express a lot more personal feelings in literary essays.

Despite of these differences, the basic designs of literary essays roughly correspond to the types of organization of other essays. Have a look:

With all these recommendations, drafting your literary essay becomes a clearer task. To make it as easy as possible, contact our professional writers now!

How to write essays 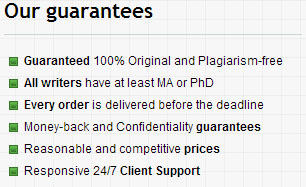 How to write essays